In this article, you will get to know about some important ways through which an electrical engineer benefits society.

An inventor and designer:

An electrical engineer is there to invent, design and develop new useful devices that can ease the tasks of people. Today we are surrounded by many exceptional electrical devices which are the results of great efforts and hard work done at the end of electrical engineers. To name a few – refrigerators, microwave oven, washing machines, cell phones, light bulbs, computers, laptops, etc.

Electrical engineers are trying to simplify a lot of human tasks by integrating artificial intelligence. They are trying to make sure that advanced technology is constantly improving our standard of living.

Electrical engineers get to play with circuits on a regular basis. A great part of their job revolves around developing, maintaining and fixing circuits. Electrical engineers produce analog and radio frequency electronic circuits without which we cannot even imagine to enjoy technologies like cell phones, Wi-Fi, radio, Television, etc.

It is believed that in a few years almost all of the human tasks will be shifted to the robots. Do you know who plays an integral part in the development of a robot? Of course an electrical engineer. So this is just another proof that electrical engineers are considerably affecting the society that we live in.

We as humans greatly rely on energy. The waste material that is being produced as a result of various electrical projects is causing a lot of harm to the environment. In order to avoid this situation, electrical engineers are developing better solar cells and windmills that can protect the environment. 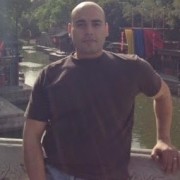